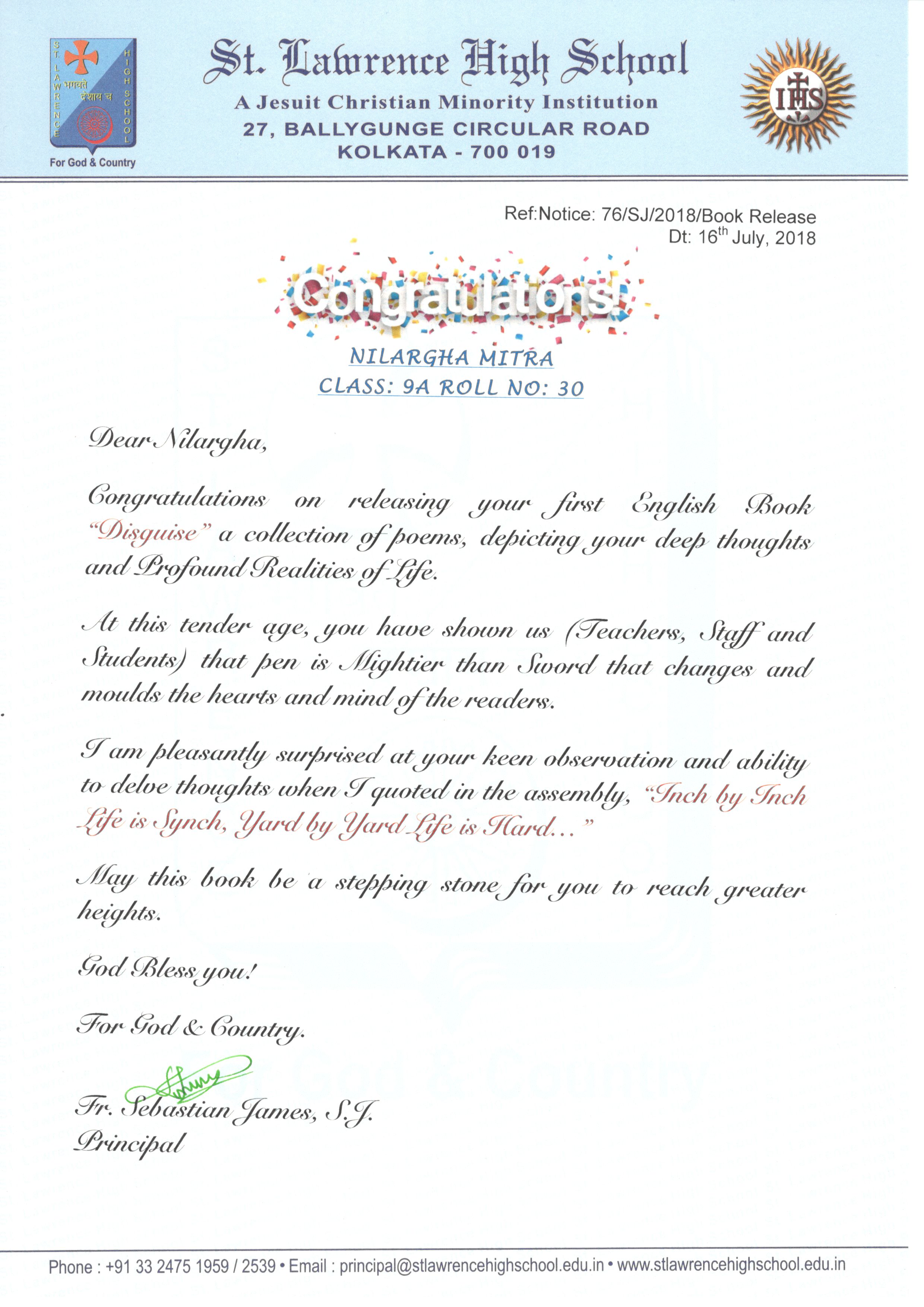 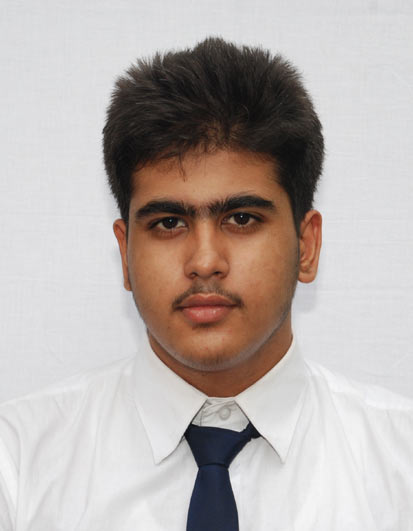 Master Mushfique Hussain Siddiqui of Class 12B, Roll No.244 found one purse containing more than `.5000/- in his class and immediately submitted the same to the Higher Secondary Co-ordinator on 15/07/2016 in the morning around 8:45 a.m. The purse belonged to Mr. Yash Argarwal of St. Xavier’s College evening section. We congratulate Master Mushfique Hussain Siddiqui for his honesty, which has made the school, teaching and student fraternity very proud.

On 23rd April we had Inter House Singing Competition. It was a good platform to showcase the singing talent of our little stars.

The master story tellers for this year are:

Students of Class 10 to 12 participated in ‘EXUBERANCE’ the school fest of St. Xavier’s Collegiate School.

Lawrencians this year did very well in Madhyamik examination. Mohamed Zaid secured the highest mark, obtaining 93.71 %. We have 140 students in First Divison, 90% and above 19 students and 80% above 52 students.

In Uccha Madhyamik, all the 355 students passed the exam successfully.  Asish Gandhi and Suvrojit Ghosh secured 87% and Rohit Agarwal secured 86% as school toppers. 90% and above 9 students, 80% above 94 students, 70 above 114 students and 307 students secured 1st Division.

Devansh Badaria 6B secured 3rd Joint Position in the 17th All India Full Contact Karate Championship on the 29th of March 2015.

On 25th & 26th April St. Lawrence went to St. Xavier’s School, Ranchi to participate in the 4th Inter – Jesuit School Basketball Tournament where we were the Runners-Up. St. Lawrence emerged as the Champions in the 14th BRC Students Rowing Championship 2015, held between 10th and 17th May 2015. It was organised by The Bengal Rowing Club. In June St. Lawrence was crowned Champions in the 43rd K.C. Mahindra All India Invitational School’s Regatta 2015 organised by the ‘Lake Club’.

Students from the H.S. section were selected to participate in the All India Quiz Competition on 8th August 2015, organised by Metals and Mettallurgy Institute (Kolkata Chapter) which was held in the Metallurgy Dept. of Jadavpur University.

St. Lawrence High School was part of the prestigious 62nd Inter-Jesuit Elocution and Essay Competition which took place in St. Xavier’s, Bokaro, on 29th August. Sagnik Talukdar, Rohit Singhi and Soumyadeep Mukherjee represented our school in the Senior and Junior division of the competition respectively. St. Lawrence secured 2nd position in the essay competition. The participants were Sagnik Talukdar of XA and Tishyo Chakroborthy of Class XC.

The Lawrencians were once again declared victorious in the 4th Inter Jesuit School Football Tournament held on the 8th and 9th of August 2015 at St. Xavier’s School, Durgapur. Sumay Shome was declared the highest scorer and Joe Shani the best Goalkeeper of the tournament.

Aritra Bhattacharya of class XC participated in the District Swimming Competition (school level) where he ranked 1st in 100m Back Stroke and 2nd in 50m Back Stroke.

Ayush Pandey won the Best Batsman award in the Ganga Motor Tournament and was selected to play in the under 16 Bengal Squad. He played for Bengal against Tripura and Tamil Nadu. He was the second highest scorer in the school CAB Tournament held in Kolkata, for the year 2015.Md. Tanqir won the Gold Medal in the Reliance Quiz Competition, 2015.

Mohak Manot was awarded Gold for the Inter-school Cricket Tournament organised by SLOBA.

NOTICE FOR CLASSES UKG TO 7

REOPENING OF SCHOOL FOR CLASSES 8-10

DISTRIBUTION OF BOOKS AND RESULTS

GUIDELINES FOR ORAL EXAMS CLASSES 3 AND 4

NOTICE FOR STUDENTS CLASSES 3 AND 4

NOTICE FOR STUDENTS OF CLASS 10

NOTICE FOR STUDENTS OF CLASS 9

NOTICE FOR THE DISTRIBUTION OF HIGHER SECONDARY MARKSHEETS AND CERTIFICATES 2021

MESSAGE FROM THE PRINCIPAL

NOTICE FOR PROMOTION TO CLASS 12

NOTICE TO THE STUDENTS

NOTCE FOR CLASS 10 STUDENTS AND FORMAT FOR NOC